Jeremy Musson gave a talk with the theme ‘Creating the private paradise, with reflections on behind the scenes in country houses’.  He has written many books, his latest being ‘English Country House Interiors’ and he was the Architectural Editor of Country Life for nearly ten years.  He is also a journalist, broadcaster, lecturer and recently has co-written and presented fourteen programmes of the Curious House Guest series for BBC 2, celebrating country houses today. 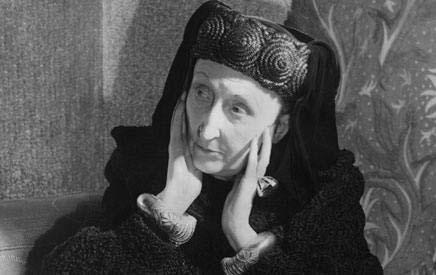 Continuing the ‘Sitwell’ theme, we took a group to Weston Hall, Northamptonshire where we were shown round by Susanna Sitwell, Sir Sacheverell’s daughter-in-law, and her son, William.  They explained the intricacies of the family history and showed us the many important paintings and pieces of furniture in this fascinating house. We also saw some of Dame Edith’s exotic clothes.

After a picnic lunch in the garden we visited Plumpton church, a small Georgian country church which is in the interesting position of being owned by a private trust.  Sir John Greenaway, a founding member of the trust, gave a talk on the interior and its history.

Lucy Hughes-Hallett the award winning author and critic spoke on the cult of the celebrity.  She discussed how the manipulation of news for purposes of propaganda and the use of famous figures to sell merchandise may seem peculiar to the age of modern mass media, but in fact this has been part of our culture for centuries.

Lucy has written widely on literature, art and theatre, winning the Catherine Pakenham Award for journalism and the Fawcett Prize for her book on Cleopatra.  She was television critic of the Evening Standard for seven years.  Lucy has been a Judge of the W.H. Smith Literary Award and she reviews regularly for the Sunday Times Books section.

Adam Zamoyski based his lively and amusing talk Comedy, Error and Sex in the making of history on three of his books Holy Madness; Rites of Peace and 1812: Napoleon’s Fatal March on Moscow.  He explored the ways in which erroneous assumptions, cultural prejudice, misunderstandings, jealousy, spite and sex affected the outcome of seminal events which we assume to be the result of deliberate policy and reasoned decisions.

A best selling author and award-winning historian, Adam has published acclaimed books on key figures and aspects of European and world history.  He is also a distinguished commentator and reviewer and has contributed to all the major British papers and periodicals.  He has lectured widely in England, Europe and the United States.

Kevin Crossley-Holland, award-winning author, poet and librettist, came to talk about his autobiography, The Hidden Roads, A Memoir of Childhood, some of his own poems, many of which capture the North Norfolk coast which is now his home.  “A lovely poignant book, not wasting a word and evoking place in a deep way.” Archbishop Rowan Williams reviewing The Hidden Roads.

Kevin Crossley-Holland won the Carnegie Medal for Storm, a ghost story set on the North Norfolk coast.  His best-selling Arthur trilogy has now been translated into 24 languages and sold well over one million copies. The first volume, The Seeing Stone, won the Guardian Childrens’ Fiction Prize.  Kevin is also a writer on Norse Mythology as well as being an acclaimed translator of the greatest surviving Anglo-Saxon poems, his translation of Beowulf receiving particular praise. 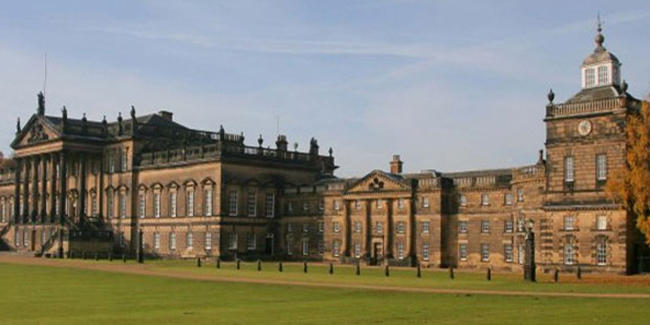 A visit was arranged to the magnificent follies of The Hoober Stand, Needles Eye and the Mausoleum all lying within the historic Humphrey Repton parkland of Wentworth Woodhouse.  The house itself has the longest façade of any private house in Europe and we were able to view its East Front designed by Henry Flitcroft and also the Stables designed by John Carr on a scale to match the House.  There was also a private visit to the Fitzwilliam family vault in the Old Church at Wentworth.

Renishaw proved a fascinating house to visit which has been lived in by Sitwells since it was built in 1625.  In recent decades it has become famous through the writing of Edith, Osbert and Sacheverell Sitwell.  There was a very interesting tour of the house with its magnificent collection of works of art, followed by the inspirational Renishaw gardens created by Sir George Sitwell and added to greatly in recent years by Sir Reresby Sitwell. 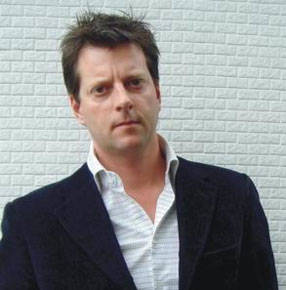 William Sitwell, with his enthusiasm for his family history, and in particular for his grandfather, Sir Sacheverell, and his great uncle and great aunt, Sir Osbert and Dame Edith Sitwell, gave a fascinating and humorous talk.

William is an award-winning editor, broadcaster and writer, and a key figure in the food world.  He is a frequent guest and presenter on television.  A leading writer on food for the Daily Mail, he also contributes regularly to the Daily Telegraph and The Guardian, as well as having previously worked on The Times and The Sunday Express.  He is currently editor of the popular food magazine Waitrose Kitchen.

Anne Perkins spoke on her book, A Very British Strike.  The 1926 General Strike has haunting parallels with the current day.  What should a Government do when it fears that its fundamental values and even its very existence are threatened by a sector of its own society prepared to use violence?  This was the case in 1926 when King George V had retreated to Windsor lest he should suffer the fate of his cousin Czar Nicholas, and Winston Churchill ordered tanks into the docks.  Nevertheless within nine days a supposed revolution had been averted.

Anne Perkins has been a political correspondent for the BBC, Channel Four news and more recently the Guardian.  She has also presented political programmes and documentaries for radio and television.  Anne has published biographies of Barbara Castle and of Stanley Baldwin as well as an account of the General Strike.  “Anne Perkins shows how formidable a historian a good journalist can be”  (The Daily Telegraph review). 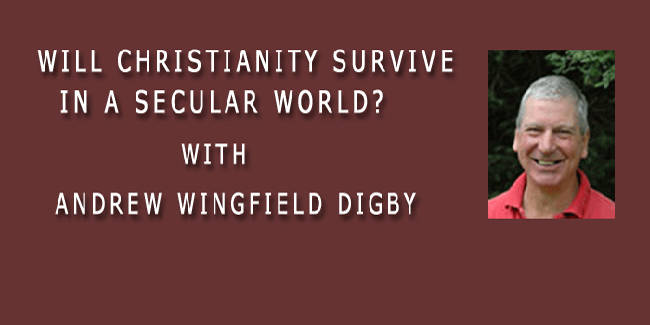 Andrew Wingfield Digby led a thought-provoking discussion on ‘Will Christianity survive in a secular World?’  There is a huge amount of interest in faith but traditional ways of practising Christianity in the West don’t always seem to fulfil people’s needs and expectations.

Andrew Wingfield Digby read History and Theology at Oxford.  After seven years in Parish work he became the first Director of Christians in Sport in 1984 which led to his appointment as Chaplain to the British Team at the Seoul Olympic Games and also to the England Cricket Team. In 2002 he became Vicar of St. Andrews Church in North Oxford.

Alexsandra Byrne, the international make-up Artist, gave an exclusive session with tips and tricks of how to perfect a make-up routine and achieve an expensive-looking finish – “an invisible celebrity glow”.

Alexsandra Byrne is an internationally renowned make-up artist and consultant, who has worked with top models including Helena Christensen, Linda Evangelista and Naomi Campbell, actresses such as Judi Dench, Sienna Miller, Hilary Swank and Anna Friedl and photographers Annie Leibovitz and Mario Testino.  Alexsandra has also contributed editorial to most of the world’s top fashion magazines, including American, British and Italian Vogue as well as running workshops for brands including Christian Dior, Givenchy, The Jemma Kidd make-up School and MAC cosmetics.

Rosemary Ransome-Wallis, Curator of the Collections of the Worshipful Company of Goldsmiths since 1972, gave us a private visit to the splendid Goldsmiths’ Hall in the City of London, with its collection of antique and contemporary silver and jewellery.  The group also had the rare opportunity to see the working of the ancient Assay Office, housed in the basement of the Goldsmiths’ Hall.

Rosemary Ransome-Wallis is a Fellow of the Royal Society of Arts and has acted as Honorary Advisor to such organisations as the Silver Trust for 10 Downing Street, TheVictoria and Albert Museum, and York Minster.  Rosemary has lectured all over the country including the bicentennial Lecture for ‘The Treasures of London’ touring exhibition U.S.A and at the Fitzwilliam Museum, Cambridge.

Imam, Sheikh Khalil from the Ul-Bukhari Mosque in Leicester came to give an introductory talk about Islam and Muslim worship at his Mosque.  This was followed by a lively open discussion between the Imam and his large audience which revealed how keen people are to deepen their inter-faith knowledge.

Sheikh Khalil holds multi-faith talks for people of all backgrounds, cultures and religions.  These talks help to break down barriers and clear up many misconceptions and false assumptions made about Islam and Muslims.  In addition to his work at the Ul Bukhari Mosque Sheikh Khalil is Chairman of a charitable organisation called RAHMA (Mercy) that has been committed to help orphans and widows in Albania and Kosova since 1998. He is also a marriage councillor.

Jack Stocken’s teaching style is full of patience, tact and diplomacy.  Jack, together with his father, Peter Stocken (twice Chairman of the English Bridge Union), came and gave a number of very instructive courses for both early intermediates and advanced players.  He used the ARBC unique packs of cards which allow every participant to play and practice each lesson with pre-set hands designed for the particular lesson.  As well as a number of Bridge holidays in this country, Jack also runs the annual Andrew Robson Bridge Club ski holiday.

Ingrid Carter-Johnson gave two days of memorable flower demonstrations covering both contemporary and traditional themes ranging from a classical urn to an autumnal rustic basket.  Ingrid specialises in creating beautiful flower arrangements for events, weddings and parties; she has a background in theatre and set design at the BBC.

Ingrid together with two partners runs Country House flowers whose extravagant floral displays have been seen at numerous prestigious venues from the London Fashion Week to hotels such as the Dorchester and Mandarin, The Royal Hospital Chelsea, and many churches, marquees and stately homes.

Amanda Butler ran a day-long workshop teaching watercolour painting for a small group of people ensuring that everybody got personal attention.   Amanda is a highly experienced teacher and by the end of the day both beginners and more experienced artists had all produced finished works.  Amanda Butler has exhibited widely including at the Society of Landscape Painters and the Royal Society of Watercolour Painters.  She has run classes in many different parts of England and Europe.